I haven’t been a PC gamer for a few years, one of the issues I had was paying for life caught up with my ability to pay to continually upgrade my computer, and consoles would just run everything I wanted to play. That could change in today’s gaming environment especially after test driving one of the new gaming laptops from ASUS.

The Republic of Gamers range of gaming laptops have a great name in the industry and with consumers. They are genuine one stop shop powerful machines that look as good as they play. But why would I get a laptop instead of a desktop?

I test drove the ROG Strix Scar ii and it is a beast. The specs are off the chart for a laptop and on top of that they have managed to keep the case as thin as possible to allow for portability. It’s still large for a laptop compared to most others that are designed to run your day to day work accessories but it’s much more powerful and part of the larger design must also be to make it look menacing as you stroll into a LAN ready for combat.

The Scar is uniquely Test Driving the ROG Strix Scar iidesigned for fans of shooters, hence why I said combat. The keyboard layout is a beautiful mix of colours that is completely customisable from the dashboard, but you’ll notice straight away that your FPS movement keys (WASD) are all in a clear/white colour allowing them to stand out in a dark space for easy access.

Sidenote: if FPS isn’t your thing you may want to look at the ROG Strix Hero which is designed for fans of MOBA games, the QWER keys are highlighted and the finish is slightly different.

The Scar has a stunning design of carbon fibre patterns and a mask of camouflage across the top right of the keyboard that doesn’t stand out to much to be a distraction. The lid is a bit special as well as if is a brushed aluminium design with the ROG logo placed in the middle. This is also part of the light control system and fully customisable. It boasts a super narrow bezel which definitely helps you to be immersed in the action on the monitor and cuts down the size of the overall laptop to make it more portable without compromising the components.

One of the small features of design that I really liked was the light bar under the front of the laptop below the keyboard. I don’t think I’d seen this on other designs before but it was just enough to add ambience to your personal space and this is great not only for streamers but in most cases all of the cool lights face away from the user so you never get to experience them. Having the keyboard light up with the light bar below it really sets the mood. They call it AURA lighting and it lives up to the name.

The refresh rate on the monitor will blow you away, it’s the world’s first 144Hz with a 3ms gray-to-gray (GTG) response time. Basically, it look freaking amazing even though it’s not 4K and has minimal lag, a necessity for the types of games you’ll be playing on it.

If you are specs person you’ll appreciate this:

With an NIVDIA GEFORCE GTX1070

Plus a 1 TB FIRECUDA SSHD

The 8th generation intel core i7 is a vast improvement and lets you handle several tasks at once, so you’ll be able to game, look up walkthroughs (lol) and stream from the laptop with no issues.

The Nvidia GeForce GTX 1070 is a very nice piece of hardware. You’ll be able run VR off this baby.

The connections on the sides of the system have just about everything with HDMI 2.0 plenty USB slots and an SD card reader. Interesting it hasn’t got a Thunderbolt (USB C) which seems like an oversight.

The inbuilt microphone is ok, but pretty close to the fan, not really an issue though as most gamers would be using a headset of some sort I would think.

The camera is is a really weird spot, I can only imagine because of of the super-thin-bezel it would be difficult to put it in the top centre of the monitor. So they decided that the bottom right near the hinge was the best spot. I guess there aren’t too many places for it to go but the angle looks strange and you need to fold the monitor back a fair way which is not ideal.

The keyboard is great to use, the additional room on the space bar and size of the shift key’s are great, but it took some getting used to with the arrow keys pushed up into the numeric pad, you hardly use them though.

The extra SSHD space is great as well, a lot of games install at around 60gb and when you like to swap and change the types of games you play like I do you’ll need all the space you can get. Plus this machine runs the adobe suite like you wouldn’t believe so if you are editing videos or doing graphic design you’ll want all the HD space you can get. I hope my boss is reading this, I need this for “work”!

The Hyper-cool system is really good at stopping the machine from overheating and you can do a FAN OVERBOOST which kind of sounds like a special move in Street Fighter but is handy for anti-dust and cooling it down. Unless you have it set to stealth mode it can be fairly noisy but the option to switch easily is outstanding.

I tested several games on the machine and really cranked them up in an attempt to stress the ROG Strix Scar ii out.

Fortnite was no problems at all, but this wasn’t surprising considering that it’s built to run on the bare basics.

DOTA 2 is similar but I wanted to point out just how nice it looked with the high refresh on the screen.

Battlefield V ran very nice, it was still very new so I didn’t get long with it but I didn’t find any jumpiness.

Forza Horizon 4 I ran the benchmark test and it performed very well, this was another game that was just stunning. I hooked the laptop up to a 4K monitor for testing on this as well and later to a 4K TV. The TV was jumpy, but apparently this can be fixed by adjusting to Game mode.

So the ROG Strix Scar ii is a great machine, but why would I get a laptop rather than a desktop.

Gamers on the go is a phrase that is thrown around a lot, but really are you going to get your laptop out on a train and play some Battlefield? Probably not. What it is great for is easy travel to a mates place or to a LAN party. These are still very relevant places to game even in today’s online gaming environment. It’s also a powerful machine for work so if you are studying or looking for something that you can use for work and play this is perfect.

This is a super powerful machine that looks as sexy as it plays. The additional assetic elements make seem like they are unnecessary to some but it really does set the mood in a dimly lit gaming environment.

There’s also the fact that it’s an ASUS product. They have a good name, they’ve been building machines for years and know what they are doing. So even though you could build a desktop with your own components, for someone like me who wants something I don’t have to mess around with but can if I want..

ASUS are looking out for you this Xmas

ASUS Customers can receive between $100 to $200 cash back in the form of an eftpos voucher card when they purchase selected laptops from the ASUS range. After purchase, customers can upload the receipt and a picture of the Serial Number of the laptop onto the ASUS microsite to redeem their eftpos voucher: asusrewards.com

The Cashback will be fulfilled by mail after 30 days of the confirmed redemption date.

Deal dates: 23rd of November (continuing until the 31st of December). The deal is available nationwide

List of participating retailers: http://www.asuspromotion.net/au/wheretobuy/index.htm. The offer is also available via the ASUS online shop- Link 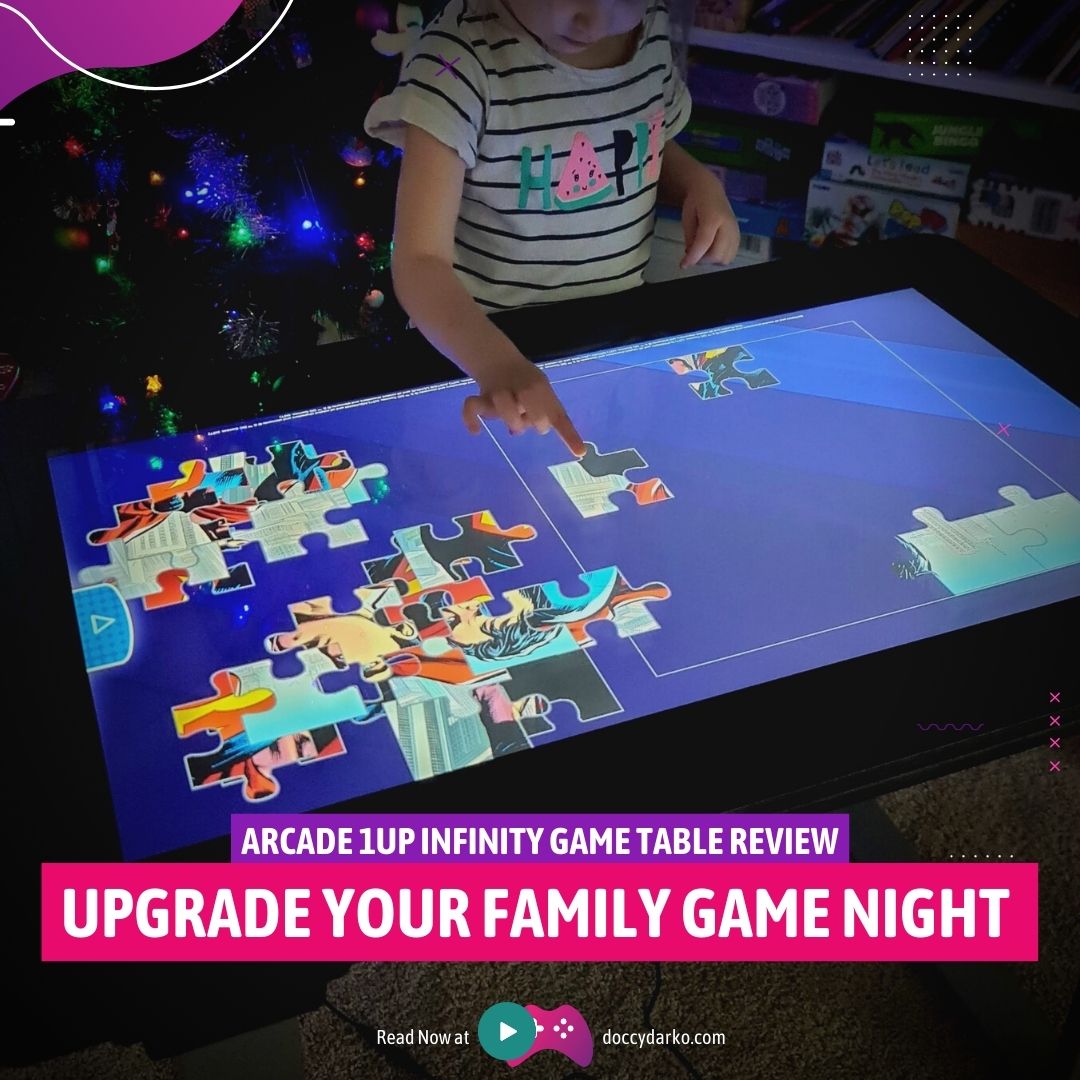 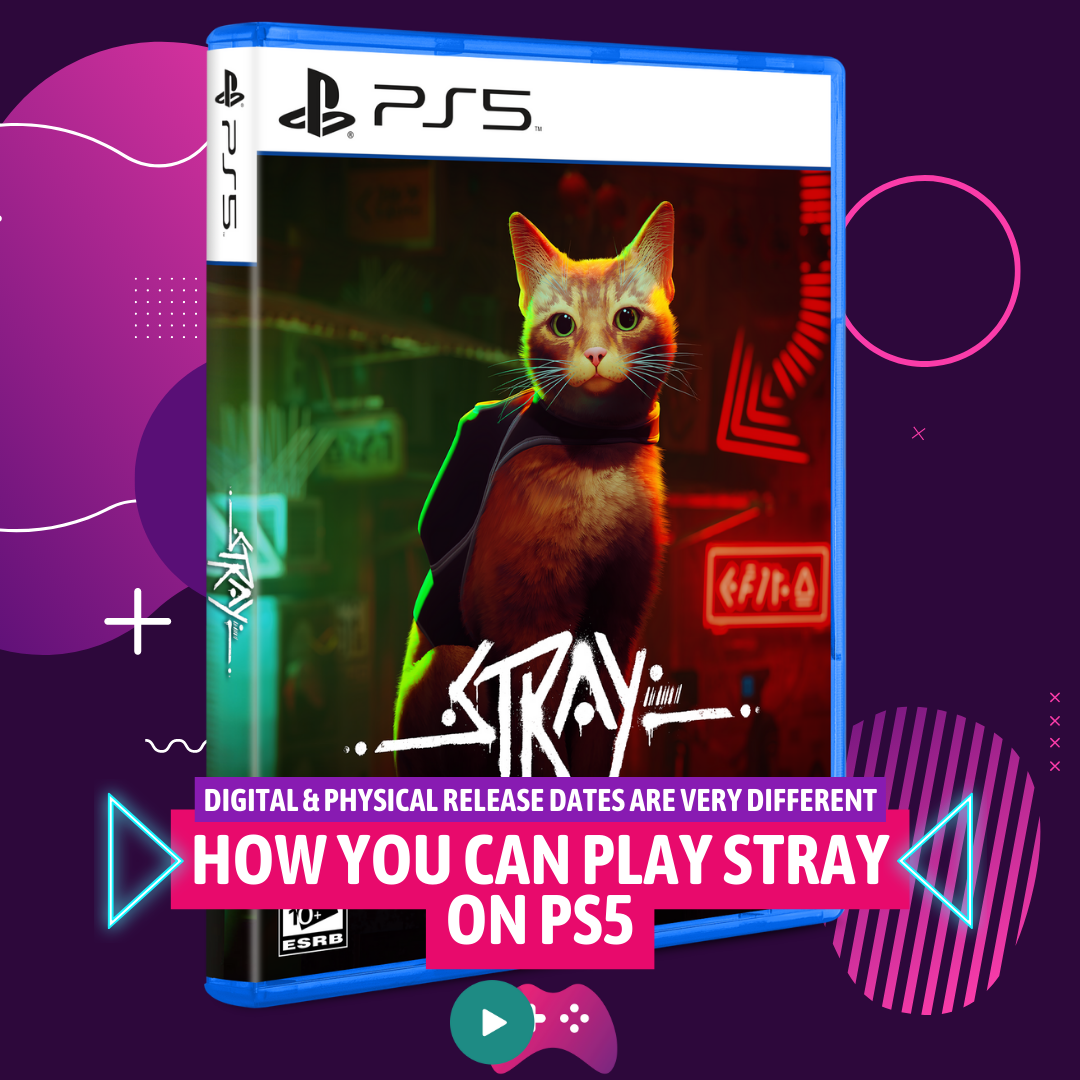 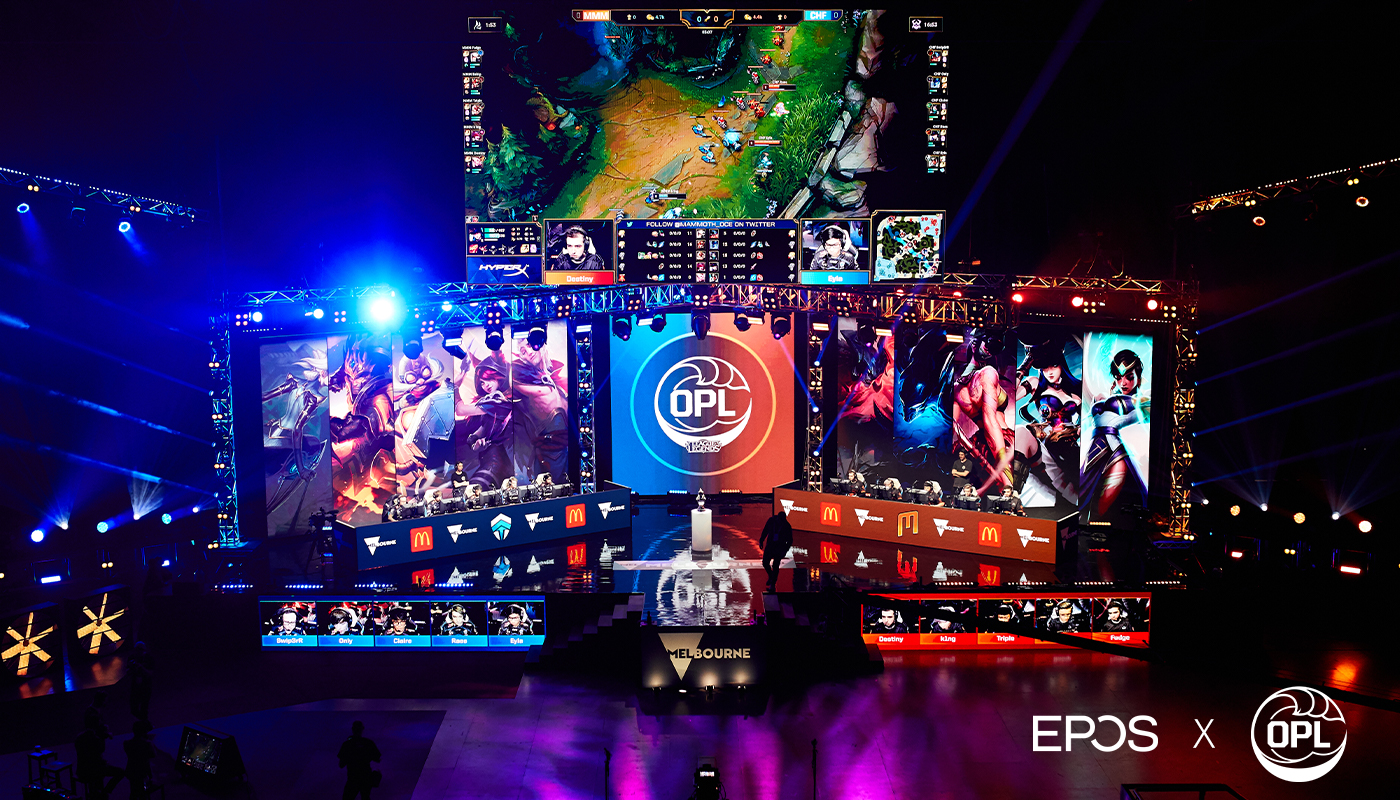 EPOS, the global pioneer in high-end audio solutions and technology, today announced its partnership with Riot Games as the Official Audio Partner of the Oceanic… 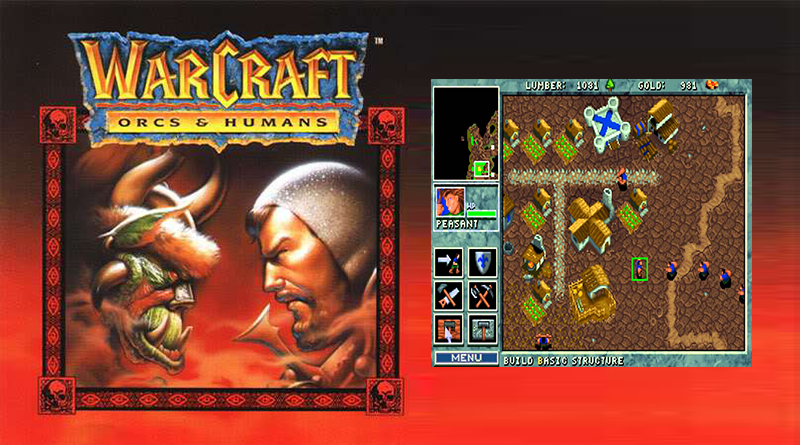 In the 90’s LAN parties were all the rage, we would often gather at a friends house and link up through a router (or serial… 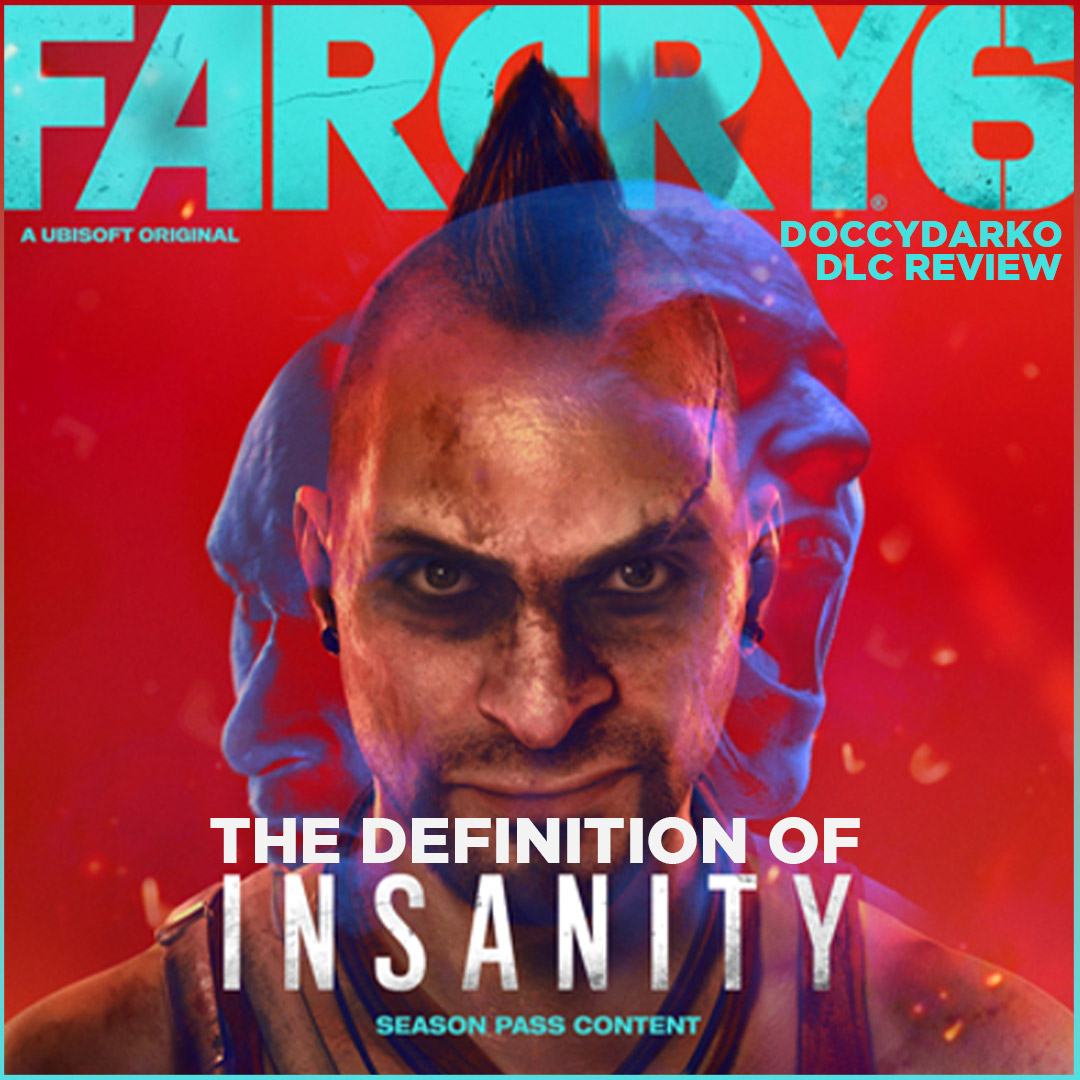 The first downloadable content is now available for Far Cry 6 and it is a literal game-changer. For the first time in the history of… 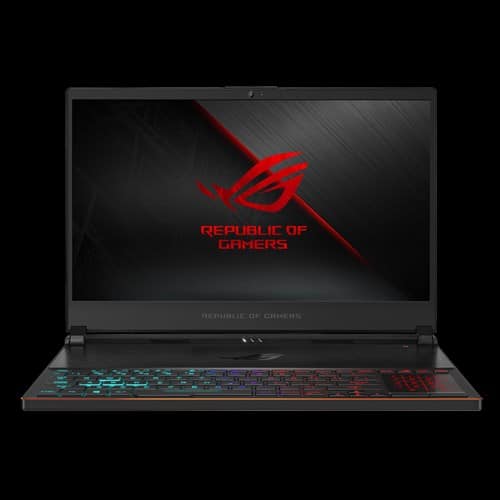 ﻿ This is a small sized review for Far Cry 5. These reviews are for gamers on the go. Hope you enjoy them. Let me…